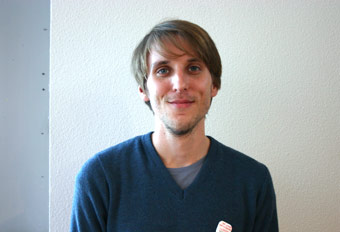 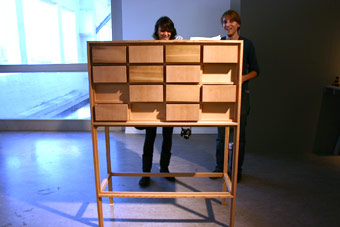 I met jon stam and his curiosity cabinet at the design academy graduation show during the dutch design week. I passed the cabinet without noticing it. at first glance it looks like an ordinary cupboard. but I went back because some people were standing there, starring at it. I found out that there are 2 hidden values in this piece of furniture.

1: 16 drawers store objects and pictures.
2: the other 16 drawers have a RFID reader. if you put one of them on a dock station your computer automatically shows the content which was saved on it. It also connects via an USB port for those who donâ€™t have the RFID reader … the cabinet itself becomes his portfolio of his time at design academy.

jon recieved the rene smeets award 2008 for the cabinet – an award for the best graduated project, handed out by the academy. he told me that he would love to do his master at the royal college in london and that he lives in antwerp right now. he is also doing freelance work for the z33 (art and design centre) in hasselt, a place I use to visit sometime because maastricht isn’t far away. I guess we will hear more from jon stam, the canadian guy who brings together physical objects and digital data in one furniture. 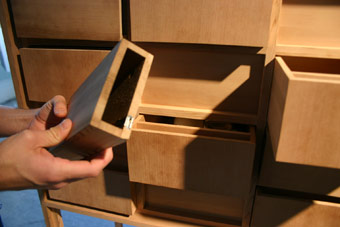 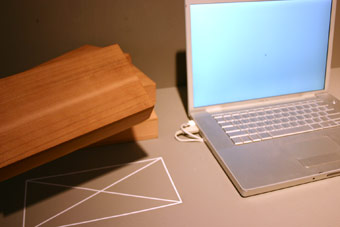 put it on the docking station 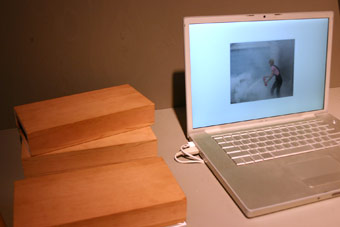 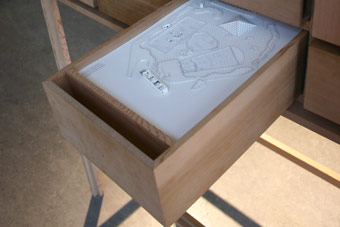 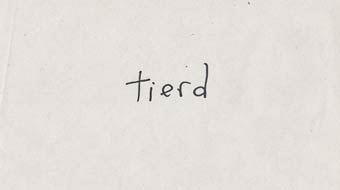 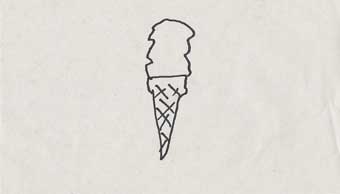 3 thoughts on “jon stam: how simple things can make a difference”