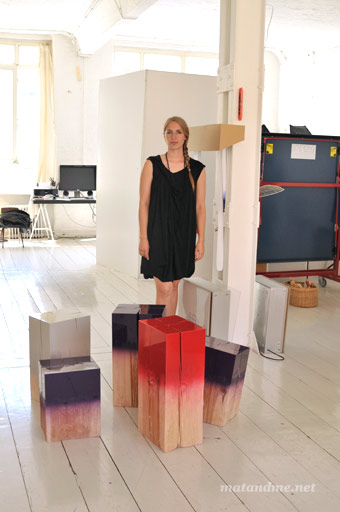 Judith Seng in her studio in Berlin. The spacious 3,300-square-foot space is Judith’s and her boyfriend Alex Valder‘s studio and apartment. Both moved in about one year ago. Around Judith are various versions of Trift, which are wooden sculptures that are half-dipped in colorful high-gloss car paint, that are presented by Phillips de Pury in New York at the moment. An ongoing project she started in 2009. 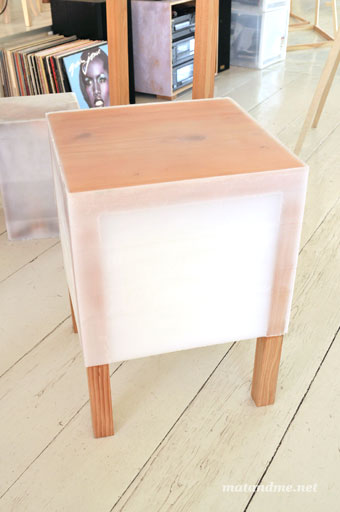 Ecdysis, 2010, are various objects covered in wax inspired by the manner in which an animal routinely casts off a part of its body

I visited Judith’s studio during the DMY. During the Design Festival the creative couple opened up their studio to the public. Hand-made pasta by Alex was served while visitors and friends were able to take a look at some of the designers they made in the past ten years. As many designers, Judith was mostly excited about her current project. ‘Acting Things’ is the title. The starting point of the concept is the idea of turning a theater stage into a temporary factory in which guests produce tables themselves in order to dine on them together. The project will be presented on the 24th June in the Hau 3 in Berlin. 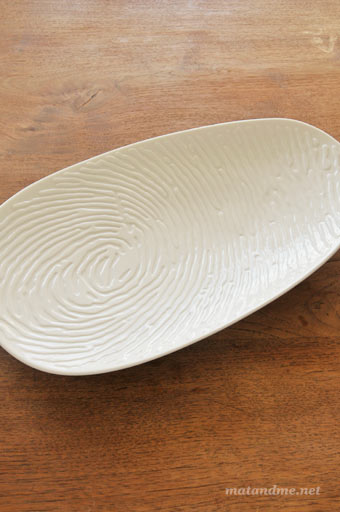 Fingerbowl, 2005, an enlarged version of an imprint of an individual finger becomes a bowl. Identity lies on the table. 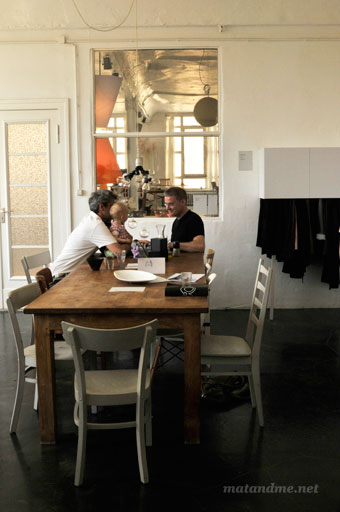 Open studio with pasta and friends during DMY Festival 2011 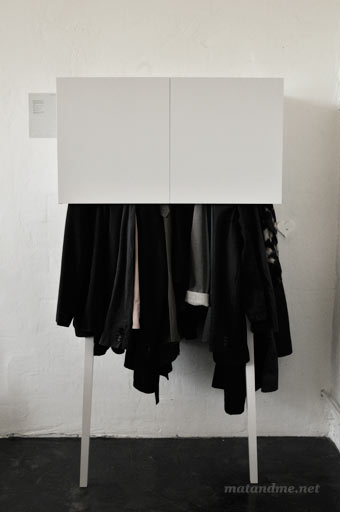 Hide & show, 2004, is a framework that turns your clothing into the main detail of the furniture’s aesthetic 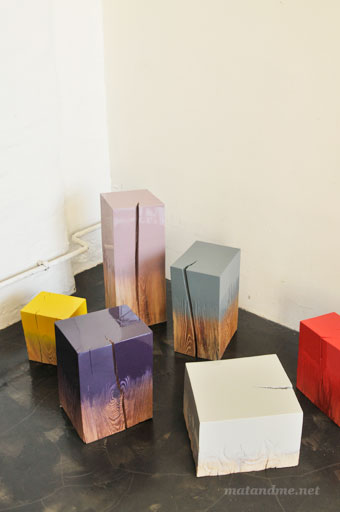 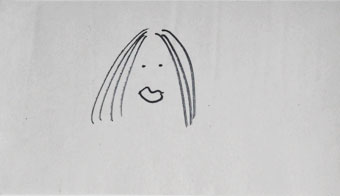 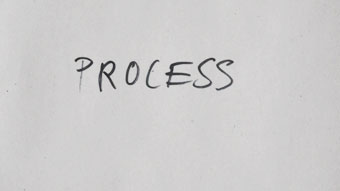 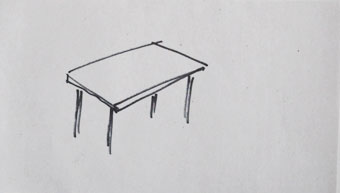