roy mcmakin is sometimes described as a designer, sometimes as an architect but mainly as a craftsman.

english furniture manufacturer established & sons is presenting an exhibition of selected work of the american creative. It’s his first european debut in london. 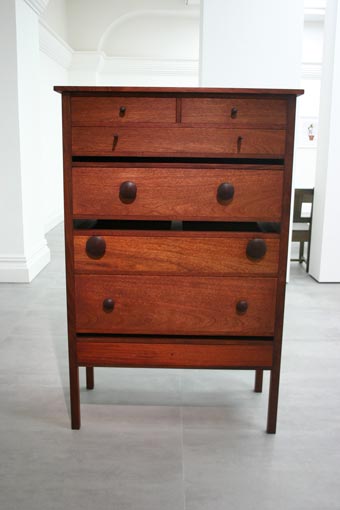 high chest of drawers with knobs,
originally made in 1986, made of mahogany 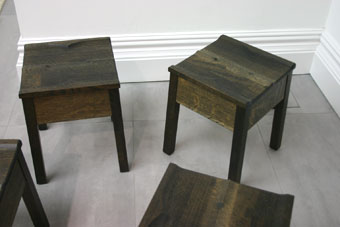 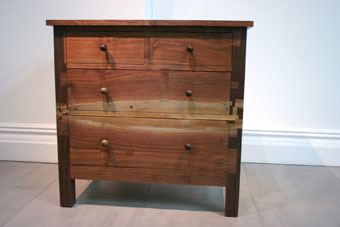 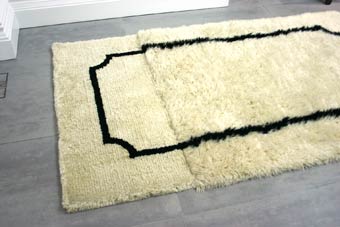 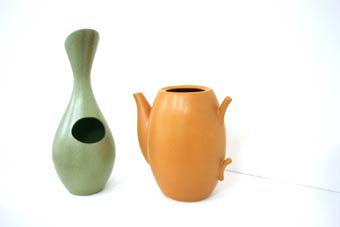