from the press release of the carpenters workshop gallery, london: ‘the evocative sense of movement is conveyed in the spinning lines of the quasi vortex, offering the past impression of a moment of great movement and now stillness. Inspired originally by a childâ€™s spinning top, whizzing around at high speed, it has the same illusion that once at its optimal speed it is no longer moving but standing up straight.’ 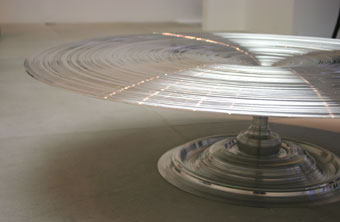 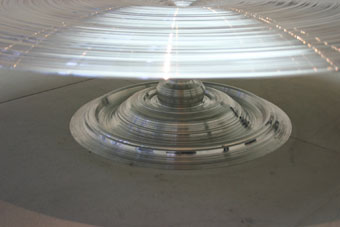 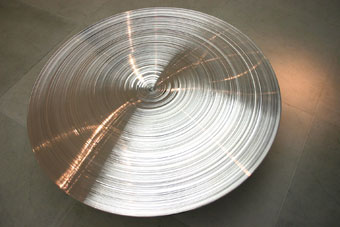 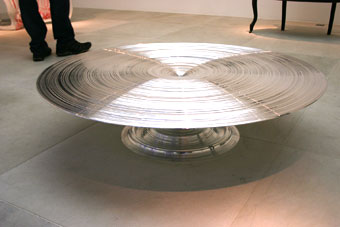