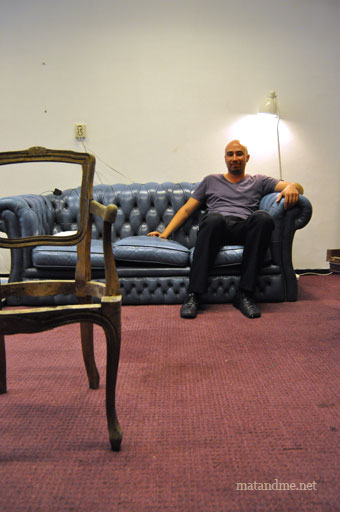 sebastian brajkovic on his old chesterfield in his studio

sebastian brajkovic graduated in 2006 from the design academy eindhoven. he didn’t really like to go there because he knew what he wanted to design from the beginning. he felt that he is getting little out of his education. really, everything was already nicely put together in his head. the teachers kept telling him that he has no process in his work. no research. In contrast he said that he had the feeling that it was better for him to attend the academy twice a month than every week. he didn’t wanted to be guided into a direction that did not suit him. he felt that he is much more of a stone than a sponge when it comes to absorbing external influences.

sebastian didn’t graduate with good grades. he was not one of the ‘blessed’ students that are pushed with publicity from the design academy, neither. but shortly after his graduation the carpenters workshop gallery, for ‘cutting-edge design art’, invited him to london. they told him that they want to do a show of his work within the next 2 years. they also suggested to him if he should design his lathe chairs in bronze instead of wood. the idea was to sense handcrafted design in his work and to position it in the coner of art design. that was exactly what sebastian wanted to do. the amsterdam-based designer has been busy since his graduation. now he is working on a project for the art auction house sotheby’s in london. he is one of the few who can actually live from their work and is probably the best example of that you should listen to what you want and not what others want you to do. especially when it comes to design. 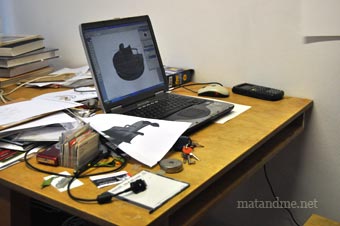 his work place and one of his favourite tools: photoshop 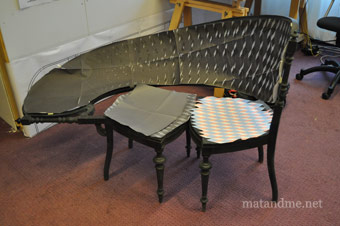 prototype of the VIII lathe chair, he is experimenting with new textiles 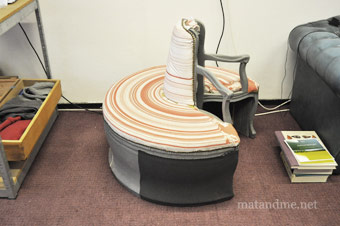 prototype of the I lathe chair 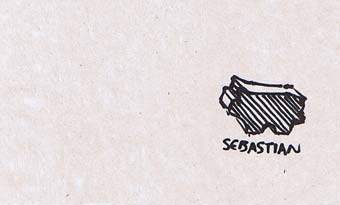 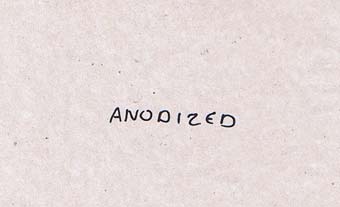 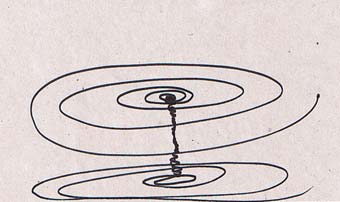